by Ron Bloom
in 0x Errors
0 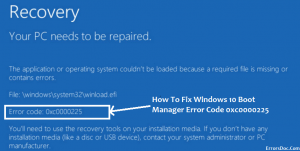 One of the startups errors Windows 10, 8.1 and Windows 7 that a user may encounter is error 0xc0000225 “Your computer or device needs to be restored.

The requested device is not connected or not available. ” In some cases.

This manual describes in detail how to fix the error code 0xc000025 when booting the computer or laptop and restoring the normal loading of Windows.

As well as some additional information that may be useful in restoring the system to work. Usually, reinstalling Windows is not required to solve the problem.

Note: if the error occurred after connecting and disconnecting the hard drives or after changing the boot order in the BIOS (UEFI).

Make sure that the correct drive is set as the boot device (and for the UEFI systems – the Windows Boot Manager with such an item).

And the number of this disk has not changed (in some BIOS there is a separate section from the boot order to change the order of hard disks).

You should also make sure that the disk with the system is “visible” in the BIOS (otherwise, it may be a hardware failure) 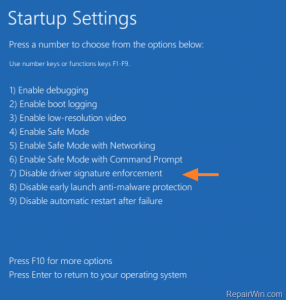 However, almost all of them are always associated with the hard disk on which your system is installed.

In general, as you can see, the error 0xc0000225 arises in most cases because of problems with the hard disk, which, to admit, is not the most pleasant news.

Still, you can’t just do nothing, right? In this article, we will discuss with you several methods that will definitely help you to eliminate error 0xc0000225 on one or another operating system.

Before we proceed directly to the methods themselves, it is imperative to indicate that in order to execute them you simply need to create for you the Windows installation disc with the correct version.

This is due to the fact that you cannot log in to the system, so, for the most part, you will have to perform the following methods through the recovery environment (Windows RE).

With a full guide to creating the installation disk, you can get on the official website of Microsoft. Nevertheless, let us consider a short list of actions that you need to perform to create it. Do the following:

It was a short list of actions for creating a Windows installation disk, as well as entering the recovery environment.

Ok, do all the necessary preparations, and then proceed to the steps below. It should be noted that a rather long article is waiting for us, since eliminating the error 0xc0000225 is extremely difficult.

In most cases, the error 0xc0000225 when booting Windows 10 is caused by problems with the OS loader, while restoring the correct boot is relatively easy if it is not a malfunction of the hard disk.

After completing these steps, close the command prompt and restart the computer by setting the boot from the hard disk or by installing the Windows Boot Manager as the first boot point in UEFI.

In order to fix the error 0xc0000225 in Windows 7, in fact, you should use the same method, except that on most computers and laptops, the 7-ka is not installed in UEFI mode.

Some additional information that may be useful in the context of correcting the error in question:

Missing Msvcr120.dll? What Is The Error And How To Fix It?

How to fix SSL Error In The Browser?

How To Fix ERR_BLOCKED_BY_CLIENT Failed To Load Resource In Chrome