Is msvcp140.dll File A Virus ? Find out How To Handle This Error

by Ron Bloom
in dll Files
0 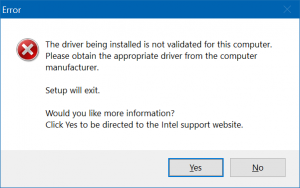 Greetings, dear friends! Many of PC users are faced with the problems of inability to launch applications in Microsoft Windows due to the dll file not found in the system.

Errors of such a plan are different, and I have already told in my previous notes how to deal with the absence of msvcr120.dll and vcruntime140.dll.

In this article, I want to talk about another file, msvcp140.dll, what the error is and how to fix it myself.

What is the error msvcp140.dll

How to fix the msvcp140.dll error yourself

The problem manifests itself in the launch of modern games, for example, Civilization 5 or Mafia 3, and others, this is offhand.

As well as popular application programs such as Skype, Adobe Premiere. In this article we will try to deal with the problem together, why the system dll disappears, what the error is, I will tell you in detail what to do with it.

The problem may arise due to violations of the internal workings of the operating system, and due to the fact that many gamers often prefer to download the game for free from a pirated site than to purchase it officially.

As a result, after starting the program, a window appears with a warning: the program cannot be started because there is no msvcp140.dll on the computer. Try reinstalling the program.

What is the error msvcp140.dll

The specificity of the architecture of the Windows operating system involves the use of a number of so-called dynamic libraries – files with the extension “dll.”

This feature is typical for x32-systems, and for 64-bit OS from Microsoft.

Although an ordinary user does not need to know about the purpose of these files, often there is a situation when.

When trying to launch a newly installed application, the system fails to do this, because the necessary dll file disappeared somewhere or it was not there initially.

Fix the system this error yourself, the user would not notice it, but you have to understand the technical nuances

There are several potentially problematic Windows dlls, and the msvcp140 file is one of them.

The msvcp140.dll system library is included in the Microsoft Visual C ++ 2015 software package used by software developers under Windows OS.

Properties of the msvcp140.dll file

It is required to run a variety of games and various software. Since this is one of the latest versions of the distribution, most often errors occur with new games, such as Mafia 3 or Civilization 6.

Users can also encounter difficulties after installing a new version of Skype and many other programs.

Initially, the library file msvcp140 is not in the operating system – for its appearance, it is required to install Microsoft Visual C ++, most often the distribution kit is installed with the game.

Recently, very frequent cases when the distributed package Visual C ++ is not included in the installation package with the game or software. Because of this, and frightening user windows fall out.

How to fix the msvcp140.dll error yourself

To install msvcp140.dll, you can download the developer’s package separately from the Microsoft website or install it manually. To make sure that the file is present in your Windows, go to the address and find the file on which the system swears:

Just copy the address into the Explorer, as shown in the screenshot, and you will be taken to the right place. Next, look for the file by name.

If the search file is not found, the reasons may be as follows:

Having dealt with the root causes of the problem, proceed to the study of ways to solve it.

For this, you need to download the msvcp140 dll file and install it correctly in the system. Alternative alternatives tested in practice will also be considered.

The easiest way to eliminate the error is to install the current version of the Visual C ++ 2015 distribution, which can be found and downloaded by clicking on the link below.

Installing the package will again copy the necessary files and register them in the system independently.

On the official download page, choose from the two proposed installer files the appropriate version for your Windows version.

Most likely, you have a 64-bit system, and you need to install both files. For 32-bit systems, only the x86 version is required.

After rebooting the system, in most cases the error disappears; however, if the problem program does not start any further, you should try the methods described below.

To use this method, you must download the file manually. Unfortunately, Microsoft does not provide an opportunity to separately receive msvcp140 dll by downloading it for Windows 7 x64 or x86 on the official site.

What to do in this case and how to correct the error? We’ll have to look for msvcp140 on third-party resources that store such library files that are suitable for Windows 7, 8, 10.

Attention! Keep in mind, it is not always safe to download thoughtlessly from the Internet, as on some sites you can easily catch a virus, or you will get an irrelevant version of the library.

To be completely sure that the installed files will not harm the OS, we recommend using the links below or find it yourself on dll-files.com

Now let’s see where to throw the downloaded file msvcp140.dll. After downloading the file must be copied to the system folder of the operating system in which the system files are stored.

As mentioned earlier, the path is as follows:

Copy also the downloaded dll-file into the folder with the program or game that refused to start.

To do this, right-click on the program’s shortcut, select “Properties” from the menu and click the File Location button in the opened window, after which the root folder of the game will be opened, where you should put the dll.

In order for the error to be corrected, it is necessary to additionally carry out the file registration procedure in the system registry.

in fact, install the dll in windows so that the operating system can work with it. To do this, press the key combination Win + R and in the appeared window type the command as in the screenshot, then press Enter.

Alternatively, register the file, in an old-fashioned way, via the command line.

Run the command prompt as an administrator, write in it:

If, after installing the missing library, the launch of the game is further accompanied by an error, you can try to fix it in other ways.

If the above methods of reinstalling the dll for Windows did not help and the error appears again how to fix it manually? You can try to reinstall the program itself.

For example, if the msvcp140.dll error occurs when attempting to launch Mafia 3, to solve the problem.

You must remove the game using the standard method, restart the PC and launch the installer again, following the instructions and recommendation during the installation.

We will not talk about where to download games – here everyone has their own preferences, but we recommend using licensed software since it’s a lot less trouble.

Microsoft periodically releases updates for its operating systems in which internal errors are taken into account and corrected. In our case, you can use the download update KB2999226 for Windows 7.

Information about what it is and what you need can be found on the official screenshot. Links to download the update calculated for a specific version of the system are also available here.

After the installation is completed and the system is rebooted, try to start the game, which could not be started, because the user’s computer does not have the file msvcp140.dll.

Summing up, you can state the following, if Windows has lost access to one of the system files or does not have msvcp140.dll in the system folder, many modern games, such as Civilization 6, will refuse to start, requiring updating of system resources.


The easiest way to fix the error is to install the Visual C ++ 2015 package that contains this file.

This method is simpler because it does not require the user to perform manual operations with msvcp140 dll – about where to throw the file and how to install it in the system, the installer will decide for himself.

PS I hope the article was useful and helped to resolve the error of the missing msvcp140.dll file. If you have any questions or suggestions, leave in the comments.

What Kind Of Dllhost.Exe Com Surrogate Process Is, Why Does It Load The Processor Or Cause Errors