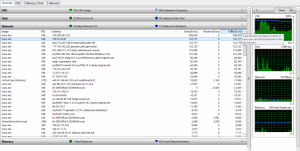 LSASS is the acronym for Local Security Authority Subsystem Service; It is a process in the Microsoft Windows operating system, which is responsible for enforcing the security policy on your computer.

LSASS is responsible for virtually all security policy on a Windows device. It handles all your passwords and password changes, it verifies the users logging into a Windows server or computer; it also creates access tokens.

Isass.exe is a very crucial file in the starting up and security of your system. This is why it is usually used by malicious developers, and faked as spyware, trojan, worm or virus; in order to install malicious files onto your system.

This article will examine the important things you need to know about lsass.exe errors, with about five solutions to resolve these errors.

As explained above, the lsass.exe file is responsible for the generation of the process required for logging into your Windows system.

Therefore, should there be a problem with the lsass.exe file, it will result in you being denied access to login to your personal computer; or cause a lot of errors in your computer.

lsass.exe errors are usually caused by damaged or corrupt lsass.exe files; which normally make it unreadable, making it impossible for Windows to load it. These errors could also be caused by registry problems and errors. Malicious files in the system also cause lsass.exe errors.

The lsass.exe file can be missing, meaning that Windows cannot locate the lsass.exe, producing a message, that will terminate its current task.

Also if the file is corrupt, Windows will have difficulty reading it correctly, in this case instead of going in a loop that is never ending; this process terminates itself and an error message is displayed.

This file can also be a malicious file, faked as a worm, virus, spyware or trojan which will cause an error in the Windows system, causing your personal computer to deny you login access. Registry errors and problems can also cause lsass.exe file errors causing your computer to terminate its current task. Some of the error messages you receive include;

No. 3 – lsass.exe error on startup

These lsass.exe error messages usually come up during the computer startup, during password changes and the creation of access tokens. This leads to errors on your personal computer, and denying your login access. 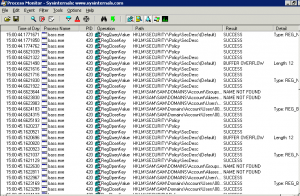 Below are three solutions to lsass.exe errors.

# Solution 1: Load Up lsass.exe From The Windows CD

The first way to fix lsass.exe file errors, is by loading the lsass.exe files from the Windows CD. Loading this file, your computer will provide you with a clean and brand new file which prevents will prevent lsass.exe errors from coming up. Doing this is straightforward as explained below:

Put your Windows XP disc into the CD ROM

– After this, proceed to reboot your system from the CD ROM. In doing this, turn your computer off, after which you enter bio and then change the ”boot priority”. Also, make sure not to change anything which will affect your system stability.

– On the welcome screen, press R to engage the recovery mode.

– On the next screen, press the number relating to the Windows installation that requires repair.

– If an administrator password is needed, type it in to proceed.

– After this is done, type this command on the recovery screen;

while you press enter after each command.

It must also be said that, as the driver ensures communication between the software and hardware of a computer; it maximises the performances of both parts of the computer. As mentioned above, a faulty driver can result in, lsass.exe file errors on your system. The perfect solution to the problems of a faulty driver is updating it.

You can update your system driver following one of two ways; it could be manually or by using a driver update program. Doing it manually, all you need do is;

– Click ”Start”, proceed to the ”Control Panel”, after which you enter the ”Device Manager”.

– Go through, and spot any device, which has a ”yellow exclamation mark”. 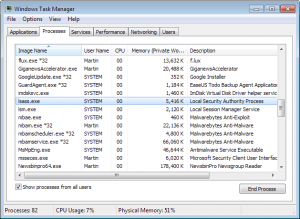 This process will update your device driver and remove this type of file errors on the system. Doing it automatically requires a driver update program which will update the driver without the need for long process. You just need to install the program on the system.

# Solution 3: Clean Out The Registry Of Your Computer

The registry of your computer is another part of the computer which often causes lsass.exe file errors. The registry is a central database which is responsible for the storage of all the settings, options and files, which your computer requires to run. As a result of this function, it overlaps with the role of this error by storing settings and options of this file.

The registry is very important, which is why problems occur with your computer software and component ( including lsass.exe) when files are saved incorrectly. Resolving any problem that involves the registry of the computer requires a registry repair program. Just download, install and run a very good repair program to fix any registry errors your system might have.

The last option involves a simple reboot of your system, sometimes these errors might be caused by glitches and just a reboot will leave your lsass.exe working normally again.

instup.exe Application Error – How To Solve It Now