How to Fix an Unconfirmed Bitcoin Transaction 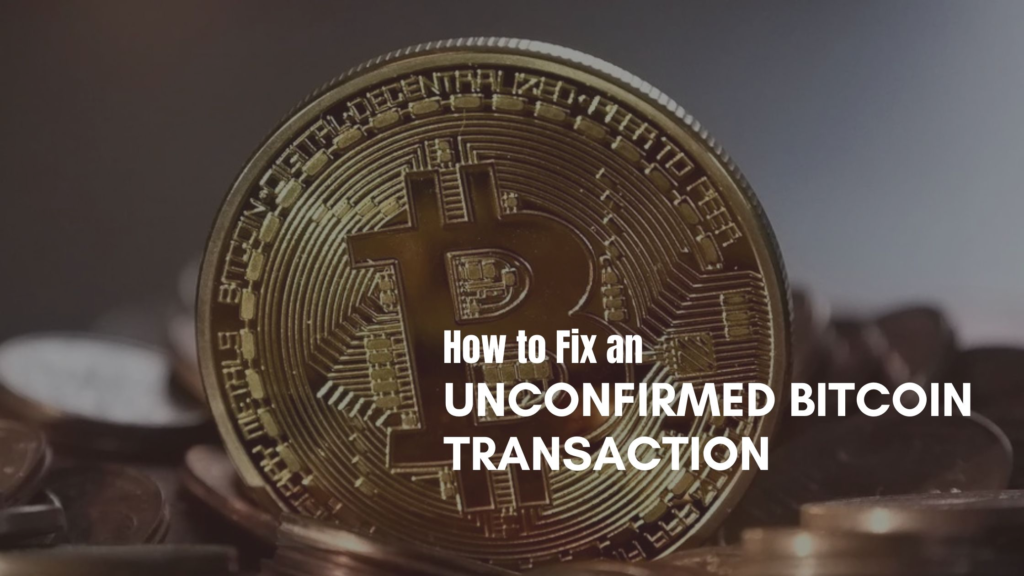 Cryptocurrency is fast becoming a payment choice for many people online. In the world of cryptocurrencies, Bitcoin is considered to be the original and safest form of cryptocurrency which is now acceptable even in a lot of online shops. Although there are many forms of cryptocurrency now, like Bitcoin and Ethereum, it’s Bitcoin that remains the most popular option. There are many exchanges and online wallets where you can easily buy Bitcoins and hold on to them for use later.

A lot of online casinos are also now accepting cryptocurrency as a legit form of payment. This is protected through Blockchain technology, which was specifically designed as a payment system for Bitcoin where users can anonymously transfer bitcoins without a third-party authority (like a bank or government). Players now have the option to deposit with Bitcoin in casinos online which cuts the need of debit cards, credit cards and transaction fees. Now while paying with Bitcoin is obviously preferred by many players, there are also some errors or issues that may arise in this form of payment. One of the most common ones is the error of unconfirmed transactions. Many times, your payment can be stuck if the miner fee does not match the miner’s demand to confirm the transaction. In this case, it’s very difficult to cancel the transaction. Here are a few ways to correct this error.

Fix Bitcoin Transaction #1: Check if the transaction is confirmed

First step to figure out the transaction is to see if it has been confirmed. To do this, take the transaction ID you have got and enter it in a block explorer like blockchain.info. You will get a page which shows the number of confirmations that this transaction has gone through. If it is more than zero, then you cannot cancel this transaction anymore and you have to let it go through. There are two ways to cancel unconfirmed transactions.

The first is called RBF or Replace by Fee which basically allows you to replace the original transaction with one that has a higher transaction fee. However, there is a catch. To employ this option, you would have needed to make the first transaction replaceable. This is usually done through a checkbox while making the transaction. You will probably notice it on sites that deal with Indian gambling. However, a lot of people skip this option. In that case, you have the second choice.

In case you did not use the RPF option then you will probably have to cancel it by double spending with a higher fee. This option means you have to make a new transaction that is the same as the original one and send it to yourself but ensure that the transaction fee is way higher than the first one. In most cases, miners will take the new transaction and return the first one. To know more about mining fees for Bitcoin, it might be useful to read articles like these.

There we have 3 ways to learn how to fix an unconfirmed bitcoin transaction. There is mostly a chance that these above mentioned techniques may not work so be aware every time you do a cryptocurrency transaction. You may not be able to recover money paid.

Without Blockchain there will be no Bitcoin but that doesn’t mean that they are the same thing. For more information about Bitcoin and Blockchain, check out our blog on how Blockchain technology Is changing everything here or how to avoid errors when starting out with Cryptocurrency.

How to Fix Twitch Error 5000 when Streaming. Content not available. | Twitch, Error

Top 5 Errors to Solve while Developing a WordPress Website