How is Blockchain Technology Changing Everything?

As technological advancements progress at a steady pace, and steer forward the digitization of the world, the concepts of cryptocurrencies and blockchain technology is a notion that an increasing number of people are growing accustomed to.

To the average person, however, the notion of blockchain and cryptocurrency is bound to incite two reactions, the first one being the financial aspect of the technologies. Over the course of recent years, many headlines have been littered with the mention of the extremely volatile crypto trading market, which has resulted in the sudden increase in the number of individuals willing to invest in cryptocurrency.

Furthermore, the other thought that normal individuals have over the mention of blockchain technology, is the potential that the technology has in virtually revolutionizing the realms of business. As several businesses jump on the blockchain bandwagon, many have started referring to the technology as everything from a solution to managing renewable energy, to financial institutes such as banks recognizing the disruption that blockchain has brought to their industries. Read more about how to get started with Cryptocurrency here. 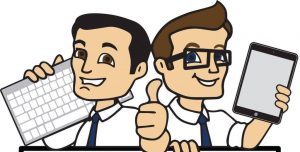 Amidst all the layers of hype surrounding blockchain and cryptocurrency, however, determining the reality of what both these crucial technologies have amounted to in the real world can be quite the challenge.

The main reason for this being the lack of money that businesses are willing to devote to the formulation of an app, that would leverage the power of blockchain and transform into a real game-changer for businesses.

Underneath all the ambiguity surrounding the influence of blockchain on the real world, however, the amalgamation of cryptocurrency and blockchain has also brought an onslaught of successes to the world.

In an attempt to aid our readers understanding of multiple benefits offered by cryptocurrency and blockchain technologies, we’ve compiled an article that centers around the highlights that these technologies have had so far, which consist of the following:

With the growing influence of technologies such as the all-encompassing IoT (Internet of Things), the interconnectedness of today’s digital world plays a crucial role in propagating cross-border commerce. As multinational giants such as Amazon and Alibaba continue to earn a significant portion of their revenue from the sale of goods and services overseas, or across borders.

Although cross-border commerce is a staple part of running a business amidst the complex IT landscape of today, despite the lenient policies being exercised today, there is still a significant level of friction associated in the exchange of currencies across borders and jurisdiction.

Looking at the problem from a historical perspective, however, it becomes clear that managing the flow of money around the world is a labor intensive task that requires acute attention to detail to fulfil the goal of effective cross-border payouts and payments.

In an attempt to formulate a solution to the mismanagement that occurs with cross-border payments, a multitude of central banks are now searching for ways to amalgamate cryptocurrencies and blockchain into the cross-border payment process. Moreover, several governments are also looking into easing the process of digital transactions by taking things to the next level, and issuing central bank digital currencies, which fill in as the tokenized versions of their fiat currencies.

The fundamental idea behind such the tokenization of currency is that it would form an international exchange system that would uphold the principles of security and transparency- and in doing so would solve many of the efficiency loopholes present in the cross-border payment method today.

In this day and age, the fact that the internet makes revenue by bombarding website visitors with an onslaught of ‘personalized’ advertisements is pretty much widely accepted. Over the course of recent years, however, advertisers have resorted to an arsenal of sketchy methods for the collection of their consumers personal information, for the sake of bombarding consumers with ads that they’re more likely to click on.

Having said that, over the course of the last decade, Silicon Valley giants Google and Facebook have dominated the world of digital advertising, which left with businesses with two options. Enterprises could either choose to run their ads either on Google’s DoubleClick network, or run their advertisements on Facebook and it’s related platforms. Furthermore, the rampancy with which Facebook and Google bombard users with adverts leads to several users relying on ways to block ads to browse websites in peace, which threatens a significant source of the internet’s revenue.

Fortunately, however, the new Brave web browser comes in to save the day for everyone, with its companion cryptocurrency, the Basic Attention Token (BAT). With the Brave web browser, users can actually earn cryptocurrency, simply by viewing advertising content. As is made evident by the fact that browser users get something useful out of the tedious process of watching adverts, the basic intent behind Brave browser, and BAT is to give rise to a mutualistic relationship in which advertisers and consumers can provide advantages to each other, without one party abusing the other.

If such a mutually beneficial system is put into effect across the IT landscape, the inclusion of cryptocurrencies could potentially alter digital advertising for the better.

As the world embarks on a fast-paced journey towards digitization, the significance of the real-world logistics that make possible the supply chains functions becomes quite evident. In the dire instance that these logistics were to collapse, the very notion of e-commerce would grind to a halt, and prices would skyrocket into an economic oblivion.

Having said that, however, similarly to cross-border transactions, the movement of goods, products and materials across the globe is no easy feat to accomplish. Fortunately, blockchain technology can significantly amp up the way that goods are being shipped globally- a claim that is made evident by the coalition between global technological giant IBM(source), and Maersk, the largest cargo shipper across the globe.

Both these companies have formed a partnership which gave rise to TradeLens, a global logistics platform which is rooted in blockchain. The TradeLens project was met with immediate success, and by the end of 2019- three out of four other major shipping carriers had signed to the blockchain-centric system. Furthermore, several ports also followed suit, which makes it quite apt for us to say that by fostering transparency, TradeLens is already improving global supply chains, and ultimately aiding in worldwide shipments.

At the end of the article, we’d like to reimburse the ideas that we’ve mentioned above, and like our readers to come to the realization that there’s a lot more to cryptocurrency and blockchain than what meets the eye. By the time that this article gets published, the twin technologies might just have alleviated the IT landscape of some problem, or revolutionized some aspects of the digital realm.

Most commonly, blockchain and Bitcoin are used interchangeably however they are not. Blockchain was essentially created for Bitcoin as a way to send authorized Bitcoin transactions without the interference of a third party. Check out our blog on how to fix unconfirmed Bitcoin Transactions here.

How To Get Free Mobile Trackers [High Quality]

5 Success Tips for CompTIA Security+ Credential. Are Practice Tests among Them?

NBA League Pass VR review. Is it really worth it?