Don’t Throw Out That Old Computer, Re-purpose It Instead

by Ron Bloom
in Blog
0 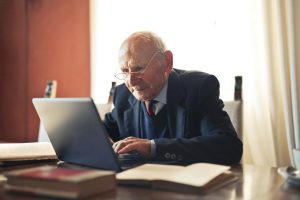 On average, most people replace their computer every three to four years. You can sometimes eke out a few extra years by performing maintenance tasks, but eventually, it becomes a lost cause.

Following this timeline, processor manufacturers like Intel and AMD will have released at least four new generations of chipset by the time it comes to buy a new computer, adding more cores, increasing clock speeds, and reducing energy consumption. It’s also likely that your old computer didn’t have the most recent components anyway, so you could be six to seven years behind.

Graphics processors become obsolete even more quickly, so if you have a dedicated gaming machine then you may be replacing that as often as every year.

Just because this old hardware becomes outdated, it doesn’t mean it no longer works. In reality, it’s just not suited to the ever-increasing demands of modern machines. Modern web browsers now use more memory than you would have had for your entire computer a decade ago.

This means that your old computer could still be used for something, you just need to re-purpose it. This might mean changing the operating system to something more lightweight or just replacing the current one with a clean install to remove any clutter.

Here are some ideas of what you can do with it.

Before you wipe your computer to re-purpose it, remember to back up all your old data. There’s nothing worse than losing all your files and then remembering there was something really important that you’ve lost access to.

Give it to Grandma

It’s likely your Grandma, or any other older relative, is not going to be doing the power-user level tasks that you will. If she’s only going to be looking up new cookie recipes and sending you Farmville invites on Facebook, then your four-year-old computer will be more than sufficient. Just be prepared to offer on-going technical support.

While your old computer isn’t going to be running the latest releases in their highest graphics settings, it will comfortably run some retro and online games. You could even turn it into a retro arcade machine by putting it in a custom case.

If you connect it up to the internet, you’ll be able to play casino and card games with others in online competitions like the Sunday Billion, where you could even be taking on bona-fide poker legends. Or you could try some of the many massively multiplayer online RPG games like Eve Online. There are other platforms like Steam where you’ll find plenty of new and retro games that will run on lower-powered machines.

There are also emulators that you can download to run classic console games that you own and DOSBox for older computer games that need to run inside a DOS environment.

Create a NAS or Home Server

Today it’s likely you’ll have multiple computers and other devices in your home. This can make it frustrating if you want a file that’s stored on a different computer, but your old computer can be the solution.

You can turn an old computer into a home server with just a few tweaks. Since it will be on all (or a lot) of the time, you’ll want it to save energy. Remove any powerful graphics cards and just rely on the onboard GPU and set the BIOS to passively cool the system.

Replacing the operating system with either Windows Home Server or FreeNAS is also a good idea too. These are designed specifically for this purpose so are more efficient and stable.

Once set up, you’ll be able to stream audio and video from the server and use it to backup your data. If you plan to use it as your primary storage device, you may wish to consider setting up a RAID that will provide redundancy in case of drive failure and an external backup system.

If you are the type of person that takes their laptop on holiday, then you may be a little concerned about taking your expensive notebook. Why not take an older machine that you won’t be upset about if it gets lost, stolen, or broken?

You could install a low-overhead operating system like Linux too. That will help speed it up, while still retaining the important features like a browser and word processing software. Thanks to cloud storage services like Dropbox, you don’t need to worry about accessing your files since they’ll all be available.

What is Identity Theft and How to Protect Yourself

How to fix some commonly encountered Oculus Rift error codes