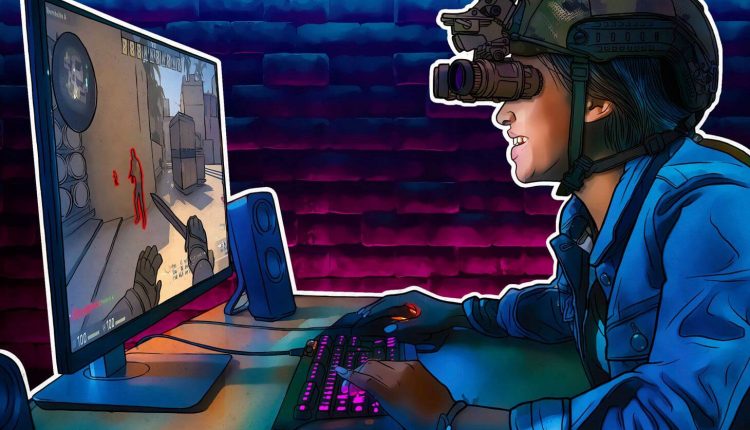 As eCommerce and the number of online transactions increase, cybersecurity has become more important than ever. It is believed that cybercrime has risen 600% due to the knock-on effects of Covid and the opportunities this has allowed criminals.

Major companies have many procedures in place to avoid data breaches such as virtual data rooms, encryption, and other security methods. Companies employ MSSP or managed security service providers to monitor their systems and networks. All these businesses aim to stay ahead of the hackers and protect the sensitive data that they hold.

While white-hat hackers are used for protecting networks, there are also far fewer ethical individuals trying to find their way in to steal passwords and financial information. One area that has been targeted more than once is the online gaming industry.

How is this industry protecting itself, and what damage have black-hat groups already done?

What are white-hat and black-hat hackers?

There are a number of colors given to hackers depending on their motives and the tasks they carry out. There are vengeful hackers, newbies, grey-hats who work on both sides of the line, and vigilante hackers.

The infamous hacker group Anonymous has through some members announced their intention to perform vigilante-style hacking against organizations such as ISIS, and they may be best described as grey-hat in that they do illegal things for good purposes, sometimes.

The idea of people wearing different color hats is in reality unrealistic. If a hacker worked for his government to protect their country you may think they were a white hat. But, what if that country was North Korea? Are they now a black hat due to the nature of that government?

Although nothing is ever completely straightforward for the sake of this article, white-hats are ethical and black-hats are criminals.

How has online gaming been affected by cybercriminals?

There have been some huge data breaches affecting major companies across the world. Marriott Hotels failed in their due diligence when purchasing Starwood and were hit with an $18 million fine for an earlier data breach. Nintendo, Zynga, Xbox360, and DOTA2 have all suffered breaches of varying proportions.

When these breaches happen they typically affect millions of users and occasionally billions, as was the case when Yahoo was hacked back in 2013.

This data breach was initially thought to have affected around 1 billion users until Yahoo admitted that it had affected every user in their system, a whopping 3 billion accounts.

What can happen if there is a breach?

If black-hat hackers can get into a company’s network then they may be able to access sensitive data. In the event of them getting into gaming sites then this would normally mean, names, addresses, passwords, email addresses, and financial details.

Someone playing an online casino for example would no doubt be depositing money. This means that there will be card details held online and if there is a breach then this data could be stolen.

For the companies themselves, a data breach means a loss of reputation, a PR disaster, and in the case of Yahoo a fine and a drop in valuation during their acquisition by Verizon.

Are online casinos vulnerable to this kind of attack?

Cybercriminals or black-hats are actively trying to break into networks that either contain information that they can ransom or sell, or are full of juicy personal and financial data. Online casinos are targets just as other gaming sites are along with banks and online retailers.

Fortunately, online casinos have state-of-the-art security in place. Payment methods can be done in a number of ways using secure systems such as Stripe and bitcoin.

One of the problems arises when someone uses an illegal or disreputable casino. In 2019, The Computer Security Coordination Centre of Thailand or ThaiCERT announced that 3.3 million Thai citizens had their data exposed after an online casino was hacked. This has highlighted why it is important that governments amend their legislation to allow online gambling to be regulated in countries such as Thailand instead of pushing citizens towards illegal sites.

Fortunately, most online casinos are legitimate and are very safe for playing roulette, slots, and poker. They also use white-hat ethical hackers to make sure their systems are safe.

What do white-hat hackers do to protect gaming sites?

If a games company called in an MSSP they would expect them to test their networks for weaknesses. White-hat hackers are very often people who were once on the other side of the fence and now use those skills for a more ethical purpose, and a career.

These individuals will probe networks to find weaknesses and a way in. Once they have found where the holes in the network are they can make suggestions and offer solutions to patch everything up.

Maintenance and patching systems are necessary as security is an ongoing concern and cannot be ignored.

How can you make yourself safe when playing online?

Whether you are playing Minecraft or poker you need to know how you can protect yourself when gaming online. One of the simplest ways to do this is to use a VPN.

A virtual private network is something that everyone should use when conducting any transaction online and is especially important during gaming. If you are purchasing loot boxes or are connected to your Steam account then you don’t want anyone seeing your bank details. Similarly, if you are playing an online igre casino with slot machines or roulette, you want to keep your data safe.

VPNs also have some other benefits for online casinos. Not only do they mask your identity and location but they also let you play in off-shore accounts if you are in a region where gambling is banned.

Another way to protect yourself is to limit how much can be withdrawn or deposited with an online casino. This can protect you from losing a large sum should you ever get hacked.

As cybercriminals look for more ways to steal information, white-hat hackers will continue to patch and maintain networks to foil them so gamers can stay safe.

Payment methods are becoming more varied and there are even pay by mobile gaming sites now so you can pay your casino deposits with your smartphone. As more ways emerge to pay for games like slots and Fortnite, cybercriminals will look to exploit weaknesses. Fortunately, the gaming industry is well aware of the risks and employs the best security providers.

Best laptop for Fortnite under $500

Where is the power button on my Samsung TV?